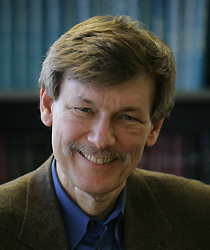 Professor Michael Ohadi is serving as General Chair of the conference organizing committee.

Bar-Cohen Elected to IEEE CMPT Board of Governors

Former ME Chair honored with dedication at ASME technical conference.

After nine years, Professor Bar-Cohen resigns as chair of the department.

Sophoria Westmoreland recognized by NSBE for her research and professional achievements.

Post-doc recognized for his work on the Journal of Heat Transfer.

ME department chair recognized by ICHMT for contributions to the field of heat transfer and thermophysics.

Team places in their year-end competitions.

Team places in their year-end competitions.

Lita Brown reflects on her 20+ years with ME department.

ME Staff Member Receives Award for 20 Years of Service

Juanita Irvin reflects back on 20 years with the university.

In June a cooperative relationship between CALCE and Hanyang University in Korea was officially sanctioned by the Korean Government.

Congratulations to Professor Pecht for this outstanding recognition for the University and Department.

Chair and DUP of Mechanical Engineering Avram Bar-Cohen and Professor Bala Balachandran in the spotlight.

ME Faculty Collaborate with Korean Colleagues

The first international workshop held at Hanyang University in Seoul, Korea on January 13, 2006.

Ali Mosleh has been awarded the Nicole Jurie Kim Eminent Professorship in the A.J. Clark School of Engineering effective August 23, 2005.

Awards to be given at a convocation ceremony in the University’s Memorial Chapel on September 21, at 3 p.m.

Bar-Cohen and Henry were among five pairings of American professors and their students sponsored by the NSF.

UMD ranks first in nanotechnology research and education according to the May/June 2005 issue of Small Times Magazine.

Event honoring David Holloway was held the evening of October 30.

Professor and Chair of Mechanical Engineering Avram Bar-Cohen, is selected to participate in the prestigious Southwest Mechanics Lecture Series (SWMLS).

The CEEE at the University of Maryland demonstrated an advanced combined heat and power (CHP) system on September 9, 2004.

Provost from Hangyang University in Korea Visits UMD to Foster Collaboration with ME Department.

The Department of ME is pleased to announce the winners of the Spring 2003 Student Awards.

This highly successful workshop's main charge was to identify the next round of emerging technologies in thermal management of high flux electronics.

The Symposium, held at the FDA in College Park brought together local biosensor researchers for exchange of information and ideas.

Dr. Bar-Cohen received the Outstanding Sustained Technical Contribution Award for his many contributions in the area of thermal management.

Pi Tau Sigma student chapter, prepare to host the National Convention on the UMD campus in February of 2003.

A Celebration of Dave Anand's 10 Years as Chairman

Faculty and friends from the Department all shared memories, stories, and photo posters of Dr. Anand.

Professor Avram Bar-Cohen of the University of Minnesota has been named Chairperson of the Department of Mechanical Engineering.