About the Lecture: Engineering creations precede human existence. Prehistoric life, including animals, utilized engineering for purposes similar in principle to those used today, so the fundamental purposes of engineering have not waivered for millennia. However, the evolution of engineering enterprises, for instance their organizations, responsibilities and constitutions, have changed often and remarkably with the apparent need of the time. Understanding this historical evolution is necessary for understanding engineering because it controls the enterprise capabilities. This colloquium will speak to this evolution with emphasis on mechanical engineering bringing us to today, the 21st Century, where prescient opportunities for engineering enterprises that we observe already can be realized, for instance through global connectivity and expanding workforce participation, but others are sure to follow in this Century. What happens next is up to all of us, but especially up to the young engineers among us. It is theirs to create. 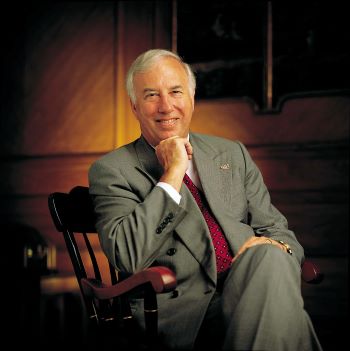 About the Speaker: Dr. Dan Mote is a native Californian who earned his B.S., M.S., and Ph.D. degrees at the University of California, Berkeley in mechanical engineering between 1959 and 1963. After a postdoctoral year in England and three years as an assistant professor at the Carnegie Institute of Technology in Pittsburgh, he returned to Berkeley to join the faculty in mechanical engineering for the next 31 years. He held an endowed chair in mechanical systems at Berkeley and chaired the Mechanical Engineering Department from 1987 to 1991. In 1998 Dr. Mote was recruited to the presidency of the University of Maryland, College Park, a position he held until 2010 when he was appointed Regents’ Professor. During his tenure the number of Academy members on the faculty tripled, three Nobel laureates were recognized, and an accredited school of public health and a new department of bioengineering were created. In addition, the National Academy of Engineering (NAE) elected him to membership in 1988 and to the positions of Councillor (2002–2008), Treasurer (2009–2013), and President for a six–year term beginning July 1, 2013. He has served on the NRC Governing Board Executive Committee since 2009. Among his many honors, Dr. Mote was named a 2020 Benjamin Franklin Medal recipient early this year.

Register here for the Zoom link.