A tribute to the legacy of former A. James Clark School of Engineering Dean Dr. George E. Dieter, Jr. 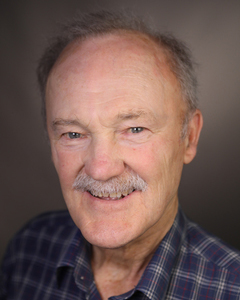 Abstract:
The stability of structures continues to be scientifically fascinating and technically important. Shell buckling emerged as one of the most challenging nonlinear problems in mechanics sixty years ago when it was first intensively studied. The subject has returned to life motivated not only by structural applications but also by developments in the life sciences concerning soft materials. Recent work by the speaker and his collaborators on spherical shells subject to external pressure will be used to illustrate some of the new developments in shell stability. The talk will introduce basic shell buckling behavior and go on to address imperfections, energy barriers, and probing schemes for exploring stability. Every attempt will be made to make the subject assessable and interesting to a broad engineering audience.

Guest Speaker Bio:
John W. Hutchinson received his undergraduate education in engineering mechanics at Lehigh University and his graduate education in mechanical engineering at Harvard University. He joined the Harvard faculty in the School of Engineering and Applied Sciences in 1964 and is currently the Abbott and James Lawrence Professor of Engineering Emeritus. Hutchinson and his collaborators work on problems in solid mechanics concerned with engineering materials and structures. Buckling, structural stability, elasticity, plasticity, fracture and micro-mechanics are all central in their research. Further information and publications can be downloaded at http://www.seas.harvard.edu/hutchinson.

George passed on December 12, 2020, at age 92, during a brief stay in a hospital in Silver Spring, MD with prostate cancer. Pre-deceased by his wife, Nancy R. Dieter, of 67 years, and daughter Barbara J. Dieter, he is survived by his daughter, Carol Joan Dieter, along with brothers, nephews, and nieces.

Prior to this, he worked at DuPont. Afterward, served as the Department Head and Dean of Metallurgical Engineering at Drexel University. Then he was Professor of Engineering and the Director of the PRI at Carnegie Mellon University.

Additionally, Professor Dieter received the education award from ASM, TMS, and SME as well as the Lamme Medal, the highest award of ASEE. He has been chair of the Engineering Deans Council and President of ASEE. He was a member of the National Academy of Engineering and was the author of two books.