Understanding the behavior of a liquid drop on a soft surfaces, like a gel surface, is critical for improving a large number of applications from designing anti-fog surfaces and measurement techniques for characterizing soft surfaces to providing alternative treatment options for cancer patients that involve preventing the spread of cancer cells on soft tissues.

This is the first time a study looked at the behavior of a liquid drop on a surface that is both soft enough to be deformed by a liquid drop and phobic, or repulsive to the liquid drop, by employing a detailed molecular-level simulation approach (Fig. 1, top and middle row).

The researchers found the results surprising in that the liquid drop behaves like a solid object, remaining un-deformed on the soft surface, or more specifically like a solid nanoparticle (see Fig. 1, bottom row) since the drop is nanoscopic in size. Accordingly, the drop exhibits an adhesion response that very closely obeys the Johnson-Kendall-Roberts (JKR) Law characterizing solid nanoparticle adhesion on a soft surface.

According to the researchers, the second important discovery of their work established that they could create an almost Velcro-like effect to adhere a liquid drop onto an extremely phobic surface by increasing the “softness” of that surface (Fig. 1, top row). Das and his students established that the energy lost due to the deformation of the sufficiently “soft surface” ensures that the drop does not have the energy to leave the surface. 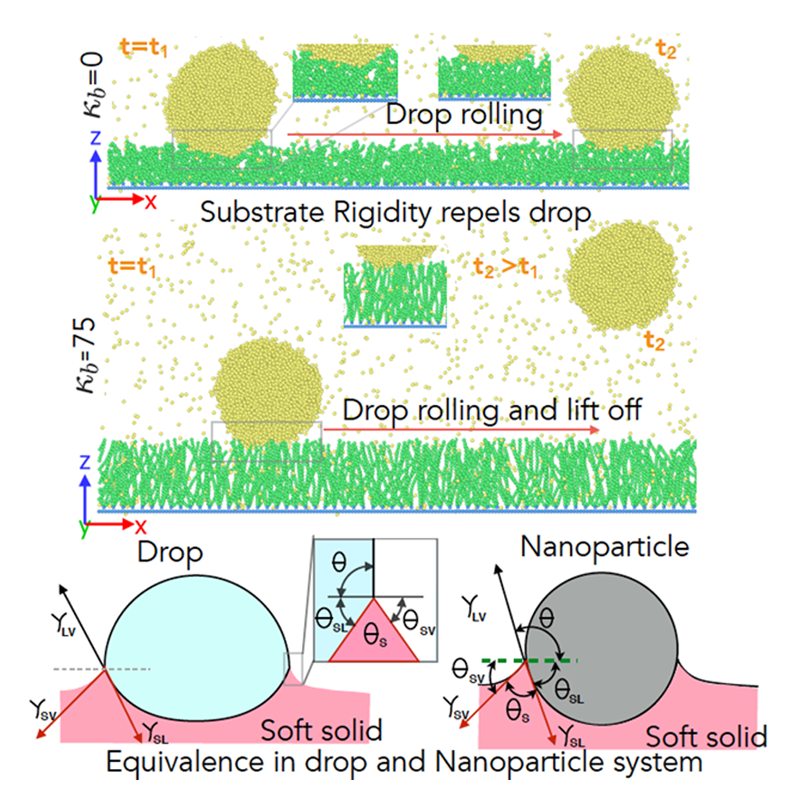 Figure 1: (Top and middle row): Simulation snapshots depicting the drop motion on a substrate that is simultaneously soft and phobic (such a substrate has been computationally designed by considering a layer of grafted polymer molecules whose stiffness (κb) can be varied and which is highly repelling to the drop). For soft-enough substrates (i.e., surfaces grafted polymer molecules with low enough κb) the drop retains its contact with the substrate despite the latter being highly repelling (please see the top row). On the other hand, for less soft surfaces (i.e., surfaces grafted polymer molecules with large enough κb), the drop loses contact with the substrate (please see the middle row).
(Bottom row): Schematic depicting the equivalence of the drop and the nanoparticle.

“There are numerous applications where one might want a liquid-repelling surface with local patches where drop adhesion is favored,” explains Das. “For example, a liquid-repelling surface with locally adhesive patches allows local manipulation and merging of liquid drops. This behavior could be useful for a variety of applications from the fabrication of biodegradable microgels and better drop-wise additive manufacturing, to micromixing that allows biological analysis where sample sizes are miniscule or for performing chemical reactions with greatly reduced volumes of reagents, hence greatly reducing waste.”

In addition, there are many applications where liquid drops can be sustained for a long time without distortion, for example, the drops behave like liquid marble. Such applications include transporting miniscule microscale volumes of liquid without leakage, serving as microbioreactors involving human blood, fabricating bioreactors for harvesting microorganisms, mixing reagents by merging two non-deforming liquid marbles.

“The research our team has demonstrated here, where such local adhesion is ensured by controlling the softness of the substrate and at the same time demonstrating that the drop behaves like a solid particle or a liquid marble, can be potentially useful across a wide-ranging variety of applications,” said Das.

Have You Seen this Cube? 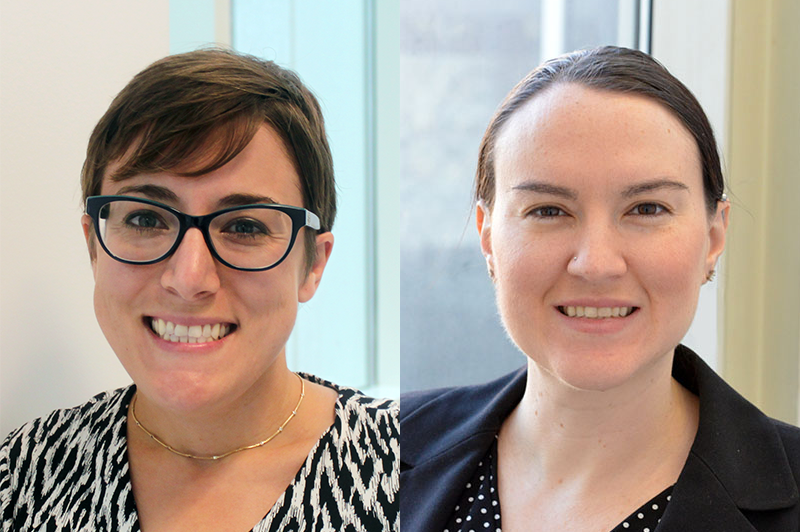