Virginia native Austin Kendall (B.S. ‘17) was always interested in cars, but an introduction to designing in CAD by a high school technical drawing teacher really helped set him on a path to pursuing mechanical engineering. “Ever since then,” he said. “I’ve been hooked.”

This passion has led to Kendall’s success both inside and outside the classroom at the University of Maryland (UMD). He is the current leader of UMD’s Formula SAE team Terps Racing, a QUEST Honors student, and this year received the prestigious Ford Alan Mulally Leadership in Engineering Scholarship.

He names Terps Racing as one of the largest factors in his decision to attend Maryland. During his initial visit to campus, the lab space, cars, and team members left a lasting impression on him. However, when he arrived the following fall, there had been recent turnover in team leadership, few students had returned for the Baja team, and the Formula team was struggling to get their car together.

While not the experience Kendall originally anticipated, his passion for engineering drove his decision to help the program move forward in a new direction. This commitment to his team started a journey full of educational opportunities that he could not have imagined.

“As a result, while I have been learning how to design and build racecars during my time here, I have also spent an equal amount of time both learning how to build a sustainable organization and be a leader amongst my peers,” said Kendall.

Last year, Terps Racing held an incredibly successful UMD Launch campaign, earning funds in excess of their original goal, to purchase a new truck. The Formula team competed twice and the Baja team won awards at their competition in Tennessee. It could not have happened without the hard work and dedication of the members of the program, which has grown to more than 100 students.

Kendall’s proven leadership ability and strong academic skills were part of what helped him win the Ford Scholarship, named for the former Ford Motor Company president and chief executive officer. Ford awards this competitive honor to only ten students a year globally.

“Being from Virginia, I am very fortunate to have my family supporting me in my out of state academic pursuits,” said Kendall. “This scholarship is a way I can give back to my family for taking on the financial burden of my education.”

Throughout his time at Maryland, Kendall has consistently proven his commitment to automotive engineering, his team, and his university. He believes his experiences here have best prepared him for the next chapter of his life, the workforce. The automotive industry has been Kendall’s dream destination since high school, and we are excited to see where his passion for engineering will take him next. 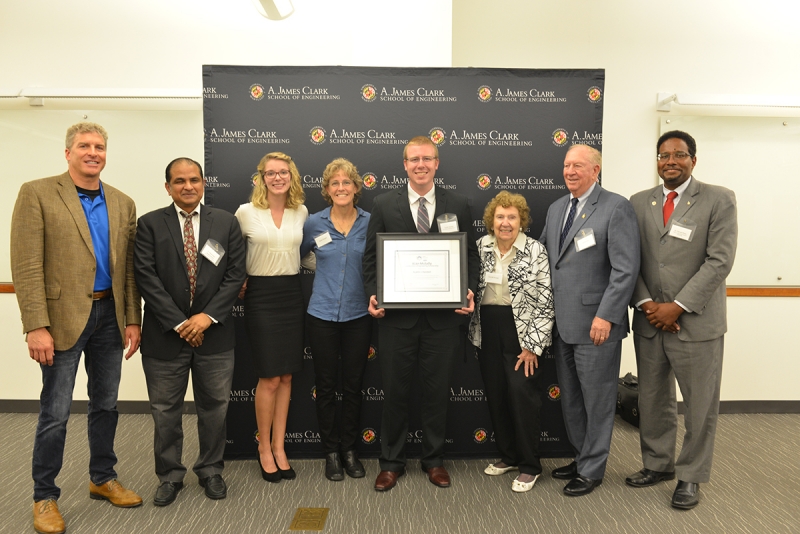