According to the publisher's description, "[the book] describes methods used to measure forces, pressure, displacements, stresses, strains and fracture mechanics parameters, and the measurements described include electrical and optical methods. The book reflects many of the changes in experimental mechanics that have occurred during the past decade."

Dally earned his both his bachelor's and master's degrees in mechanical engineering from Carnegie Institute of Technology, Pittsburgh in 1951 and 1953, respectively, and his Ph.D. in mechanics from the Illinois Institute of Technology in 1958. Dally is a member of the National Academy of Engineering and in 2012 he was recognized by the American Society of Mechanical Engineers with the Daniel C. Drucker Medal for his seminal contributions to the development of experimental methods for studying dynamic fracture mechanics and stress wave propagation problems; for academic leadership; and for developing innovative teaching materials and textbooks for undergraduate and graduate education.

For more information on Dally, please visit his faculty webpage. 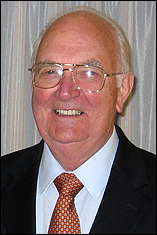