Microfluidic devices have gained popularity in the medical world for their ability to both autonomously control very small amounts of fluids—such as blood, DNA and testing agents—and provide faster test results with less material. While microfluidic devices hold a great deal of promise, they have traditionally only been available through expensive, slow and complex manufacturing processes. However, with these new 3D printing techniques, complex devices can be created in hours rather than weeks.

UMD Department of Mechanical Engineering Assistant Professor Ryan Sochol is lead author on a paper published in the February 21, 2016 issue of Lab on a Chip that demonstrates this new way to build complex microfluidic devices using an advanced 3D printing technology called multijet modeling (MJM). Their devices—which mimic electrical circuitry, but for fluid(s)—included microfluidic capacitors, diodes and transistors that were all capable of controlling fluid either independently or together as a functional network.

“To achieve these microfluidic operations using traditional approaches in a microfabrication clean room would be incredibly difficult,” explained Sochol. “By developing a 3D printing approach, we were able to reduce costs by 10-fold, while decreasing manufacturing times by over 50-fold.”

This landmark development opens the door for doctors, nurses and medical researchers to rapidly and cost-effectively 3D print medical devices on site. In addition, these advances can improve portable medical diagnostic tools and offer more cost effective testing solutions that provide results in minutes rather than days.

Sochol heads up one of the department's newest labs, the Bioinspired Advanced Manufacturing (BAM) Laboratory, which leverages the latest advances in 3D printing and nanotechnology to solve mechanically and physically-complex biomedical challenges.

“Our ability to 3D print fully-integrated, multi-functional microfluidic networks marked a critical first step.  Now here at Maryland, our next goal is to 3D print biomimetic ‘organ-on-a-chip’ systems that successfully recreate the anatomy of the human body.” 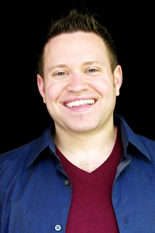