New research led by Mechanical Engineering Assistant Professor Siddhartha Das was featured on the back cover of the January 21, 2017 issue of the Royal Society of Chemistry's journal Soft Matter. Das and graduate students Haoyuan Jing and Shayandev Sinha shed new light on the behavior of liquid drops on soft and deformable surfaces. According to Das, understanding these behaviors is central to fabricating surfaces with desired properties that have applications in areas such as efficient heat conductors, water condensers, self-cleaning surfaces and manufacturing.

The team paper, 'Elasto-electro-capillarity: drop equilibrium on a charged, elastic solid,' presents a theory that for the first time solves the equilibrium of the drop—such as the combined drop-solid shape—on a soft deformable solid for the asymmetric case of unequal solid-liquid and solid-vapor surface energies, and offers a fundamental step forward for a more realistic modeling of drop behavior on soft surfaces. Using their theory, they aim to unravel the effect of surface charge on soft solid on the drop equilibrium, which is another step towards providing a more realistic description of soft wetting phenomenon since most engineering and biological soft matter systems contain surface charges.

“Our results unraveled that this elasto-electro-capillarity effect makes a soft, elastic surface softer in context of liquid-drop induced deformations," explained Das. "We believe that this finding could massively impact the manner in which people will investigate and employ it in different target applications of soft wetting phenomenon.” 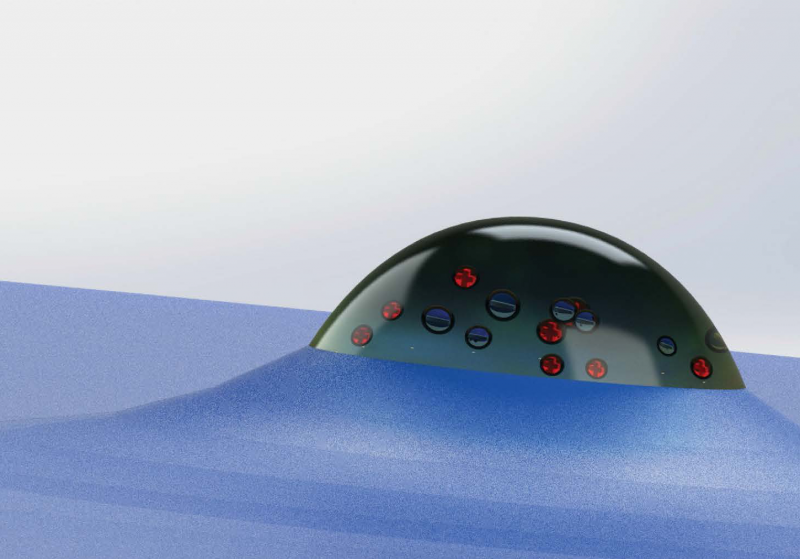 Last year, Das' research on the attraction and repulsion of liquid drops resting on a soft solid  was published in the Proceedings of the National Academy of Sciences and was featured in New York Times article ‘Inverted Cheerios Effect’ Returns Physics to the Breakfast Table.