University of Maryland researchers have determined a new understanding of the processes behind aortic dissection. Aortic dissection involves separation of the circumferential layers of the aorta, the main artery in the body that originates in the heart and branches into smaller arteries that feed all regions of the body. Previously, explanations of such aortic failure speculated that this dissection is due to blood getting between and pushing apart the layers of the aortic wall. However, new findings by a team led by Dr. Henry W. Haslach, Associate Research Professor in the Department of Mechanical Engineering, has determined a new understanding of the layer separation that characterizes aortic dissection.

Haslach and his team’s findings determined that shear rupture, a mechanical process, is the driving factor behind aortic dissection. Their findings argue that aortic dissection is due more to this circumferential shear than to tensile forces within the aortic tissue. Cardiovascular researchers commonly measure the tensile strength of the tissue.

As part of their research, Haslach and his team of undergraduate researchers inflate healthy bovine aortic rings to model the effect of blood pressure. These rings are given a small longitudinal notch to represent the initiation of dissection. During inflation, the notch tears circumferentially, which the team determined is similar to the process of aortic dissection. The team has also recently begun to test human aortas and produced similar results.

The findings show that this circumferential tear occurs, in part, due to the structure of the aorta. The aorta is made up of multiple circumferential layers, that are infused with a mostly water liquid.  As the wall expands under blood pressure, these layers slide against each other due to their non-uniform structures and may cause additional shear stress within the aorta.

Haslach’s team believes that this circumferential shear rupture may be more likely in tissue that is diseased.

They hope these findings might further define criterion for various treatments to repair damaged aortas, including open-heart surgery. Through a better understanding of the mechanics of the tissue, surgeons may be able to provide better options to people who might be at risk for dissection from aortic disease.

For the next steps in their research, the team is building a more sophisticated experimental apparatus to allow similar inflation testing of both diseased and normal human ascending aortic sections. This work is in conjunction with surgeons from the University of Maryland Medical School.

The team’s research “Fracture mechanics of shear crack propagation and dissection in the healthy bovine descending aortic media” was published in Acta Biomaterialia. 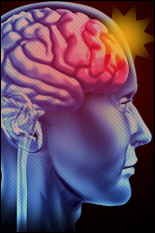