The award was historically established to recognize outstanding efforts and creative work in the science and technology of dynamic processes in materials, and it was given every five years during the EXPLOMET conferences. Since 2009, DYMAT—the European association for the promotion of research into the dynamic behavior of materials and its applications—has been the custodian of the award.

Armstrong received his B.E.S. from Johns Hopkins University in 1955, and his Ph.D. from Carnegie Mellon University in 1958. He focused his postdoctoral studies at Leeds University in the United Kingdom in 1959. Armstrong’s research interests include the study of strength and structure of materials, dislocation modeling, crystallography, X-ray diffraction topography and explosive crystals, to name a few.

Most recently, he co-edited the new Royal Society Philosophical Transactions themed edition entitled "Fracturing across the Multi-scales of Diverse Materials."

Among Armstrong's academic honors and awards are: the 1962 American Institute of Mining, Metallurgical, and Petroleum Engineers (AIME) Robert Lansing Hardy Gold Medal; Who's Who in America, 1982-89; and Symposium in Honor of Professor Ronald W. Armstrong, "Dynamic Deformation: Constitutive Modeling, Grain Size, and Other Effects." He is also a Fellow of the American Society of Metals.

Armstrong's non-academic achievements include Senior Scientist for the Energetic Materials Branch, Munitions Directorate from 2000-2003 and Founding Director of the Center for Energetic Concepts Development, Naval Surface Warfare Center from 1998-2000.

For more information on Ronald Armstrong or DYMAT, please visit their websites. 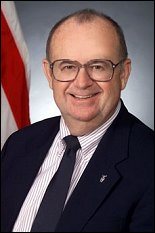