A discovery made by Mechanical Engineering graduate, Brad Boyerinas (Ph.D., '13), reveals the formation of novel nanostructures in Pd films during hydrogenation through epitaxial control. This discovery is a significant breakthrough for the use of these materials in renewable energy applications, since it can reduce defects and fractures that compromise performance for hydrogen energy storage. Boyerinas and Professors Alexander Roytburd (Materials Science and Engineering) and Hugh Bruck (Mechanical Engineering) published the research in the April 9, 2014 issue of Nano Letters.

Hydrogen energy has three times the energy as natural gas, but challenges in storing and transporting hydrogen have greatly limited its use—especially since it is a gas, rather than a solid. One method for addressing this challenge has been to store hydrogen in a solid state, either on the surface or within a solid, by absorption. According to the U.S. Department of Energy website, "hydrogen storage in solids may make it possible to store larger quantities of hydrogen in smaller volumes at low pressure and at temperatures close to room temperature."

According to Boyerinas however, when absorption happens, often two phases will form in the metal hydride, and these phase transformations can create defects and fractures within the metal used for storage.  The formation of these defects causes energy loss during the hydrogen loading cycle (known as hysteresis), and makes the hydrogen storage and sensing capabilities of these metals extremely sensitive to temperature and pressure.

This observation is significant because coherent phase formation reduces the creation of defects and fractures during hydrogenation and in turn could reduce or mitigate energy loss during the loading cycle.

Metal-hydride thin films, such as Pd films, are used as hydrogen sensors and purification membranes, but Pd film use is limited, because they crack after several cycles, allowing unwanted gas to permeate. Determining how to induce the coherent phase formation Boyerinas observed could help create hydrogen sensors and hydrogen storage applications that could be used with greater repetition and less loss of energy.

According to the paper, "understanding the relationship between the uptake of hydrogen gas and hydride phase formation and evolution in metal solids is a phenomenon of significant technological importance due to current development of hydrogen storage devices, sensors and membranes." This work could have a significant impacts on renewable energy applications, such as fuel cells. 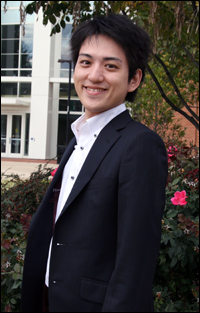 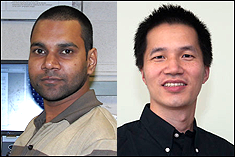