On October 2, the University of Maryland placed 1st overall in the 2011 Solar Decathlon Competition on Washington DC’s National Mall. According to the Department of Energy, who sponsors the competition, “The Solar Decathlon is an award-winning program that challenges collegiate teams to design, build, and operate solar-powered houses that are cost-effective, energy-efficient, and attractive. The winner of the competition is the team that best blends affordability, consumer appeal, and design excellence with optimal energy production and maximum efficiency.” The 2011 competition featured teams from the across the United States and from several other countries, including China, Belgium, New Zealand, and Canada. Under the guidance of Dr. Keith Herold, associate professor of bioengineering, Maryland’s team beat out nineteen others to claim the top spot in this year’s competition. Dubbed “WaterShed,” the team’s house features a “holistic approach to water conservation, recycling, and storm water management” and “integrated systems that keep the house comfortable under a range of climatic conditions.” The team notes that WaterShed is specifically tailored to the demographics of the Baltimore-Washington metropolitan area: “WaterShed is intended for a working couple that can use the house as home and office. This demographic is prevalent within the Baltimore, Maryland, and Washington, D.C. markets, where there are many individual firms in the fields of consulting, law, and architecture. WaterShed is affordable because the upfront investment in energy] and water]saving technologies eventually provides cost savings given the increasing cost of utilities.” While this year represents the first time that UMD has been awarded the 1st overall position, the team has also achieved success in previous Solar Decathlons. In 2007, the team finished 2nd overall and 1st among all American teams. The team’s achievement earned high praise from Maryland Rep. and House Minority Whip Steny Hoyer (UMD ’63). “By blending innovation and technology with sustainability and conservation,” noted Rep. Hoyer, “these students demonstrated the creativity, teamwork, technical knowledge, and determination that are essential as we work to revive our economy and regain our nation’s place as a leader in high tech and sustainable manufacturing.”

Professor Herold, who began supervising the project in Fall 2009, emphasizes the breadth of knowledge involved in the competition: “This project has many features that make it satisfying. In particular, we were able to perform the design process and then build and test the actual house. This opportunity to do all facets of the project provides a very powerful learning environment and I enjoyed that very much.” Team member Steve Emling, a junior ME major, also highlighted the profound learning experience that the Decathlon offers: “It’s a huge commitment, but it’s definitely a one-of-a-kind experience that exposed me to a lot of really interesting concepts and technologies.” Emling, who plans to work to improve sustainability and quality of life in developing countries after graduation, described the Solar Decathlon as “not only [an] important [part] of an education but also [a] great life [experience] in general.” For team member and junior ME major Brennan Clark, working on WaterShed provided a chance to learn by collaborating with others: “Through [the Solar Decathlon] I got a glimpse of what the real world will be like, learning to work across disciplines with a variety of amazing people.”

The Solar Decathlon, held biennially on Washington, D.C.’s historic National Mall, was instituted in 2002. The competition consists of ten individual contests: Architecture, Market Appeal, Engineering, Communications, Affordability, Comfort Zone, Hot Water, Appliances, Home Entertainment, and Energy Balance. According to the Department of Energy, “each contest is worth a maximum of 100 points, for a competition total of 1,000 points.” Maryland is only the third different team to win the Solar Decathlon. The other two teams - Germany’s Technische Universität Darmstadt and the University of Colorado at Boulder – have each won the competition twice. 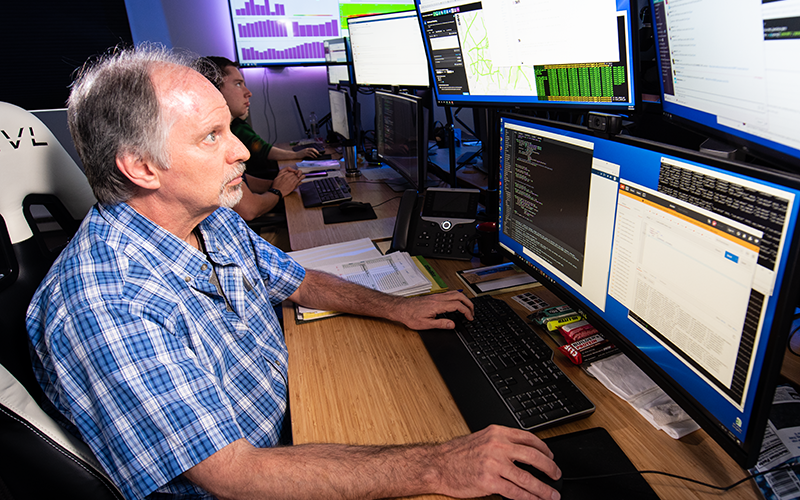 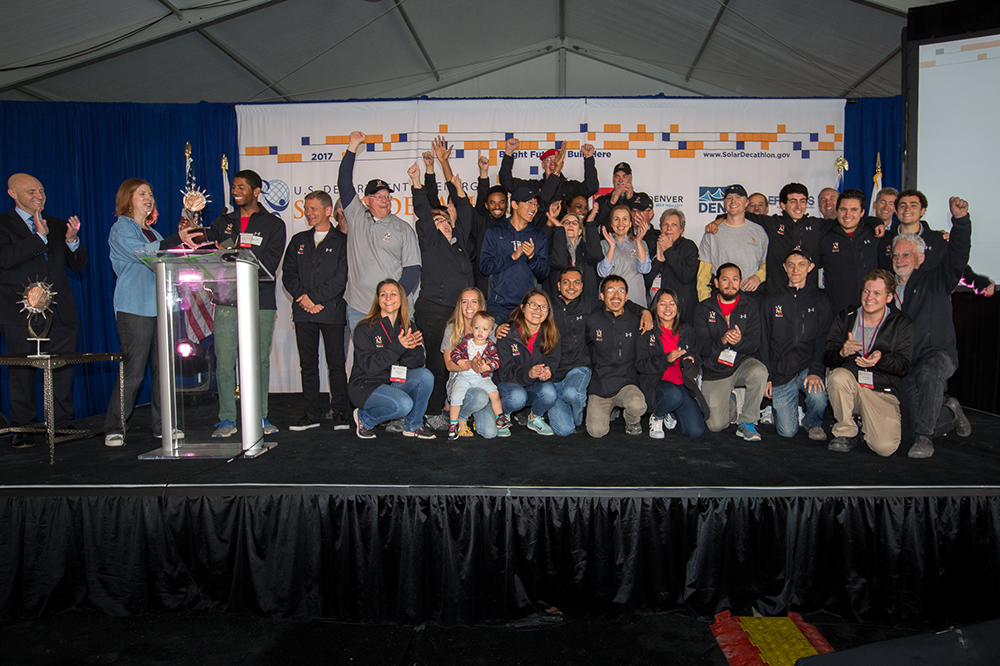 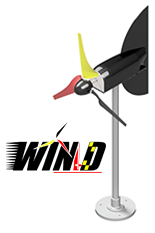