"Congratulations on this well-deserved elevation to the ASME Fellow status to Drs. Dasgupta, Fourney and Hwang," said Department Chair and Minta Martin Professor Balakumar Balachandran. "We are proud of them and what they bring to the department, the Clark School and the multi-disciplinary field of Mechanical Engineering." 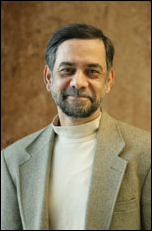 "Dasgupta has long been recognized in the microelectronics packaging industry, and the academic community as one of the originators of the physics-of-failure approach for reliability assessment," said Professor Yogendra Joshi, former Maryland faculty and current John M. McKenney and Warren D. Shiver Distinguished Chair at Georgia Tech's G.W. Woodruff School of Mechanical Engineering.  "His graduate advisees have gone on to major industrial and academic positions, and are getting recognized in their own right."

Joshi worked closely with Dasgupta during his years at Maryland, and the two were both Principal Investigators with the Center for Advanced Life Cycle Engineering. Together they introduced a joint graduate course on simulations of microelectronics assembly processes and part of the ASME Electronics and Photonics Packaging Division.

Dasgupta conducts research on the mechanics of engineered, heterogeneous, active materials, with special emphasis on the micromechanics of constitutive and damage behavior, and he applies his expertise to several multifunctional material systems.

"Fourney is an outstanding educator, dedicated administrator and a world class researcher who has the time and energy to help in various mechanics and materials community activities," said Arun Shukla (M.S., '78, Ph.D., '81), the Simon Ostrach Professor in Mechanical, Industrial and Systems Engineering at the University of Rhode Island and a University of Maryland alumnus.

Fourney—a professor of both aerospace and mechanical engineering—mentored Shukla during his graduate days at Maryland, and the two have continued to discuss and collaborate on research projects over the years.

Fourney has been exclusively teaching freshman and sophomore classes for over the past 15 years, and in 2006, the Clark School selected him as a lead Keystone Professor for its Keystone Program—a program designed to foster exemplary undergraduate teaching skills and commitment to excellence in fundamental engineering courses. In 2014, the Society for Experimental Mechanics (SEM) recently recognized Fourney for his excellence in education, selecting him for the 2014 Frocht Award.

Fourney has published over 250 articles on the results of his research in dynamic fracture and crack arrest, including approximately 50 reports to research sponsors. In addition, he has served as a consultant for Gillett Research Labs, Versar, Allegheny Ballistics Lab, Harry Diamond Labs, Los Alamos National Labs and SAIC while being an active contributing member of numerous professional societies. 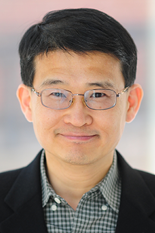 Hwang, nominated for his "outstanding achievements in educating the next generation of HVAC engineers," has been regularly mentoring students competing in the U.S. Department of Energy's Max Tech and Beyond Design Competition for Ultra-low-energy-use Appliances and Equipment, and his team won first place in both the 2012 and 2013 competitions.

He has also contributed to the research and development of energy conversion units. Specifically his work has reduced the energy consumption of air conditioning units by 30% through the use of hybrid systems, and he has developed several new refrigeration cycle concepts to improve efficiency and performance under extreme ambient conditions. He created cycle efficiency enhancement technologies that have helped industry apply vapor injection cycles to commercial refrigeration and air conditioning systems. In addition, he has developed novel hybrid test methods for integrating physical test facilities with virtual thermal load models to reduce full scale vehicle test time and expenses.

Most recently, Hwang—who is also the Associate Director for the Center for Center for Environmental Energy Engineering—was promoted from editorial board to subject editor for the international journal Energy.

Dasgupta, Fourney and Hwang join recently named ASME Fellow Linda Schmidt along with 24 other department faculty who have received this honor. 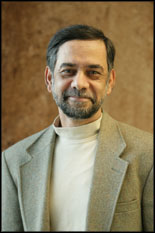 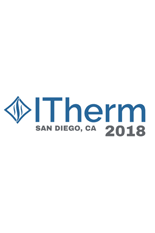