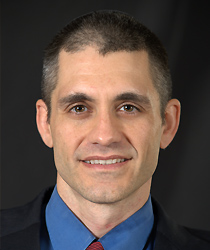 Mechanical engineering professor recognized for his achievements in research and pedagogy.