In a ceremony held June 3rd at the University of Maryland (UMD), Thailand's Surindra Rajabhat University awarded Department of Mechanical Engineering Distinguished Professor Ashwani Gupta their Golden Elephant Award in recognition of his scientific achievements and collaborative efforts with their university. The Golden Elephant, a symbol of leadership, was first awarded in 2000 to Dr. Kasem Wattanachai, Privy Councilor and Chancellor of Siam University. 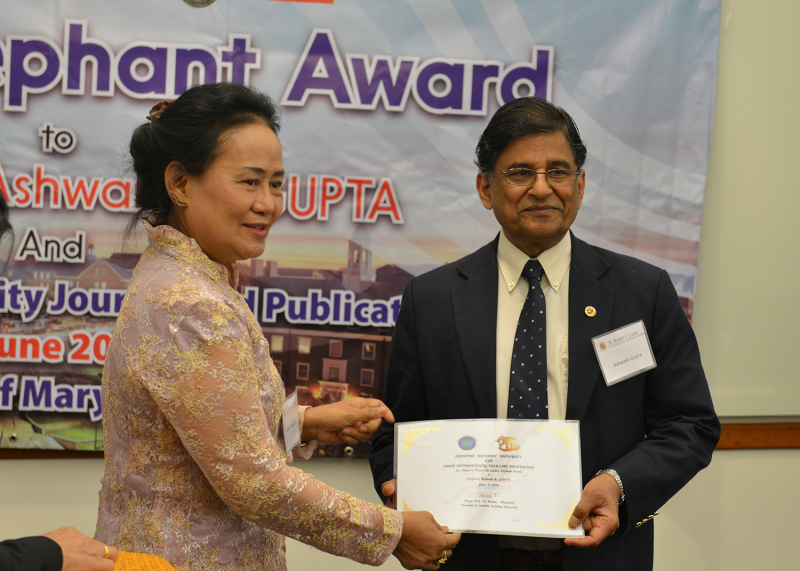 Gupta, who is regularly recognized for his academic and scientific contributions, was also acknowledged for his ongoing collaborative and supportive efforts with Surindra Rajabhat University. He provides his technical expertise as editor of the university's Journal of Health and Cultural Technology (HACT) and has served as both a mentor and consultant to their doctoral students and researchers. They cited Gupta as an example of how to be successful in "our global society."

He has over 35 years of experience in combustion engineering, and is the author of over 700 technical papers, three books and 12 edited books. Gupta is currently Fellow of American Society of Mechanical Engineers (ASME), American Institute of Aeronautics and Astronautics (AIAA), Society of Automotive Engineers (SAE), Royal Aeronautical Society (RAeS), United Kingdom and the International Society of Energy and Environment Sustainability (ISEES). 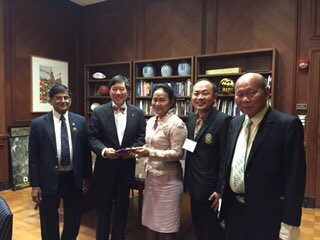 At the culmination of the ceremonies, Gupta and Surindra Rajabhat University president Dr. Achara Phanurat and faculty members Dr. Amnuay Wattanakornsiri and Dr. Sorajet Woragamvijya had the opportunity to visit with UMD president, Dr. Wallace Loh.