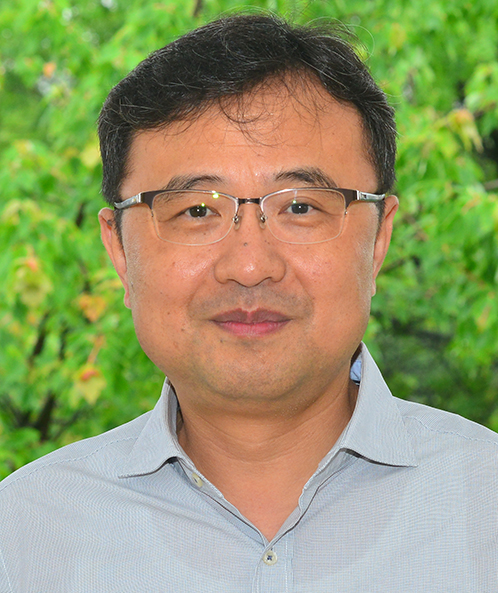 4. Development of Hybrid Metamodeling Method for Nonlinear DoE analysis with a Large Number of Input Factors

7. Thermal and Thermo-mechanical Characteristics of Cryogenic Microcooler for Optimum Performance and Reliability

12. Applicability of IForce sensor for PHM

UMD professor takes the helm at a leading journal in the field.

The journal publishes papers on reliability of microelectronic devices, circuits and systems.

New research could use retinal function as diagnostic biomarker in schizophrenia emergence and treatment.

In June a cooperative relationship between CALCE and Hanyang University in Korea was officially sanctioned by the Korean Government.

The award was presented at the 56th Electronic Components and Technology Conference (ECTC), held May 30 - June 2, 2006 in San Diego, California.

Bongtae Han to be Promoted to Professor of Mechanical Engineering

Associate Professor Bongtae Han will be promoted to Professor of Mechanical Engineering on July 1, 2006.

The department congratulates Professor Han for this outstanding achievement.

ME Faculty Collaborate with Korean Colleagues

The first international workshop held at Hanyang University in Seoul, Korea on January 13, 2006.

Associate Professor Bongtae Han was recently elevated to Fellow status as a member of the Society for Experimental Mechanics (SEM).

The department congratulates the authors on this wonderful recognition of their scholarship.

Congratulations to Professor Han on this outstanding achievement.

Han was previously an Associate Editor of an international journal, "Experimental Mechanics" from 1999 to 2002.

Associate Professor Bongtae Han received the 2001 Brewer Award at the 2001 Annual Conference of the Society for Experimental Mechanics.