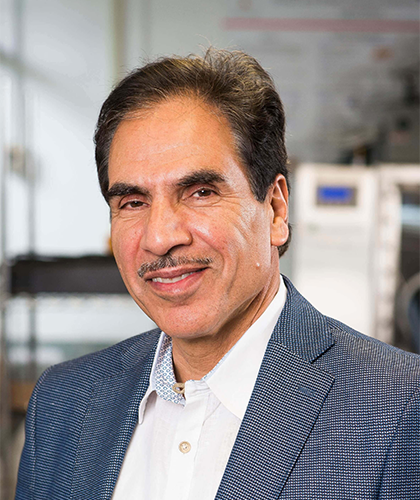 The UMD-based center marked its 30th anniversary at a gala event on June 9.

The award recognizes individuals who have made outstanding contributions to the field of heat transfer.

Heat exchanger utilizes high thermal conductivity of metal and the low weight and cost of polymer.

Professor Michael Ohadi is serving as General Chair of the conference organizing committee.

University System of Maryland award recognizes Kim for his contributions to teaching.

Professor recognized as a world leading expert in the field of heat exchangers by EUROPIC.

Fund will support one undergraduate and one graduate student.

Ph.D. student wins $10,000 to fund research in HVAC and refrigeration.

Daniel Ettehadieh and J. Daniel Spencer were awarded $1,000 by the National Capital Chapter.

ME Welcomes the Return of Mike Ohadi

Professor returns to campus after serving as the Provost and Acting President of the Petroleum Institute.

Al-Hajri and Alshehhi both participating in Energy Education and Research Collaboration (EERC) projects.

The Department extends a heartfelt congratulations to Professor Radermacher.

ASHRAE has elevated Professor Michael Ohadi to the grade of Fellow.

This highly successful workshop's main charge was to identify the next round of emerging technologies in thermal management of high flux electronics.

A handful of University of Maryland MBA students turn to local firms for internships innovations.

Incubator of the Year: Heat is on at Advanced Thermal

Professor Michael Ohadi and the Advanced Heat Exchangers/EHD Laboratory are featured on November/December 2000 issue of the Journal of Heat Transfer Engineering.